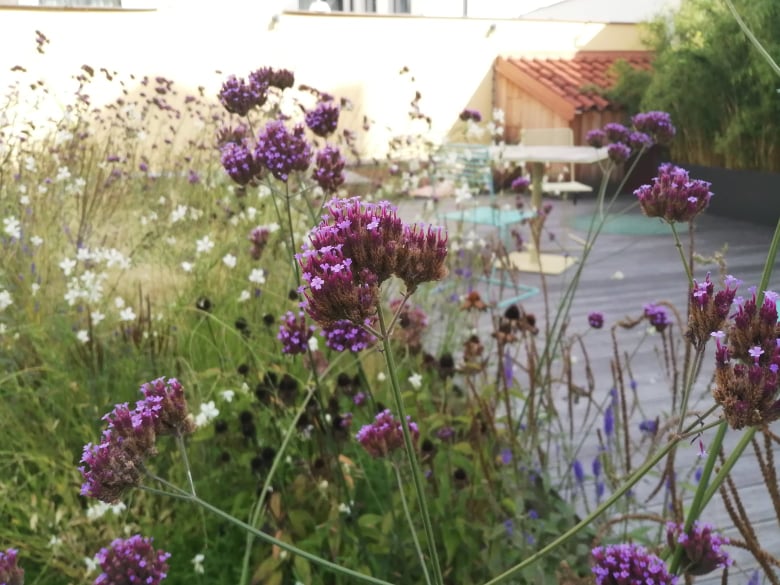 At the end of the conference Green roofs and facades – trends and synergies in Prague, the results of the Green Roof of the Year 2022 competition were announced.

One of the ways to bring nature back to cities and the countryside is the greening of roofs. That is why the Green Roof of the Year competition was created. Its ambition is to introduce the public to the possibility of greening the roofs of buildings and other building structures as part of sustainable construction, environmental protection and the return of green spaces to settlements.

The jury of the competition, which visited and evaluated the submitted works, consisted of experts in the field of design and implementation of roof landscaping.

The green roof in the courtyard of Truhlářská Street in Prague became the 2022 winner in a tight race with 7,718 votes.

Originally a textile factory near Zbrojovka Brno, later a dilapidated building on a brownfield. It was renovated in an industrial spirit by three friends, and the project with unique loft apartments was named DADA Distrikt. The golden facade of the residential building is mirrored on the surface of the Svitava with a crown formed by a black railing, behind which the community’s green roof is hidden.

The Vltava leaves Prague through a narrow rocky canyon. Due to their inaccessibility, islands of natural native fauna and flora survive on the steep slopes…dry-loving, thermophilic communities of rocky outcrops. In the very mouth of the gorge, our ancestors placed two oases of nature – a zoological and a botanical garden. And just in the zoological garden The city of Prague had the opportunity to offer nature and man a refugium – a safe haven for wild living in the surrounding landscape.

The concept of the green roof of the administrative building in the very center of Prague 1 is based on the principle of a green oasis. By planting intensive vegetation around the perimeter of the area and creating living zones inside, spaces with enough privacy for larger or smaller groups were created. On the contrary, from the outside, the roof garden is perceived as a compact green island.

The extension and expansion of the school building in Václavovice made it possible to cover part of the building with vegetation. The protruding basement was covered with a flat roof, on which there is a terrace in part and an extensive green roof on the remaining area. There is a view of the green roofs from the higher floors of the building. In addition to ecological, economic and aesthetic functions, a green roof also fulfills an educational function.

Today, green roofs are slowly but surely becoming a standard requirement for new family houses and public buildings. However, the number of green roofs on prefab houses in our country could still be counted on the fingers. One was created in 2020 on an eight-story building in Bohunice, Brno, as the first of its kind in Brno.

The basic idea of ​​creating a green roof on a twelve-story panel building was to improve rainwater management. Most of the rainwater soaks into the layers of the vegetation layer and remains in them, the excess water drains into the sewers with a time delay and attenuated, and compared to non-green areas, green roofs reduce peak runoff.

Project authors: Lampart – Mec sro
Contractor: Lampart – Mec sro
Implementation: 2019-2020 The
green roof on the part of the first floor of the new building with a flat roof is visible from most rooms and frames the garden view. A small wooden terrace with seating steps is the ideal place for morning coffee.

Thanks to the extensive green roof, the owners of the family house in Miroslav will save on air conditioning and heating costs and increase the efficiency of the rooftop photovoltaic panels. At the same time, it will increase the area of ​​the garden by another two hundred square meters of vegetation on the roof.

Honorable mention for an innovative approach to the work environment

On the website of the Czech Green Roof Association www.zelenastrecharoku.cz, in addition to photos, there is also detailed technical information about each piece, so this page serves not only to promote green roofs, but also as a database of inspiring examples.