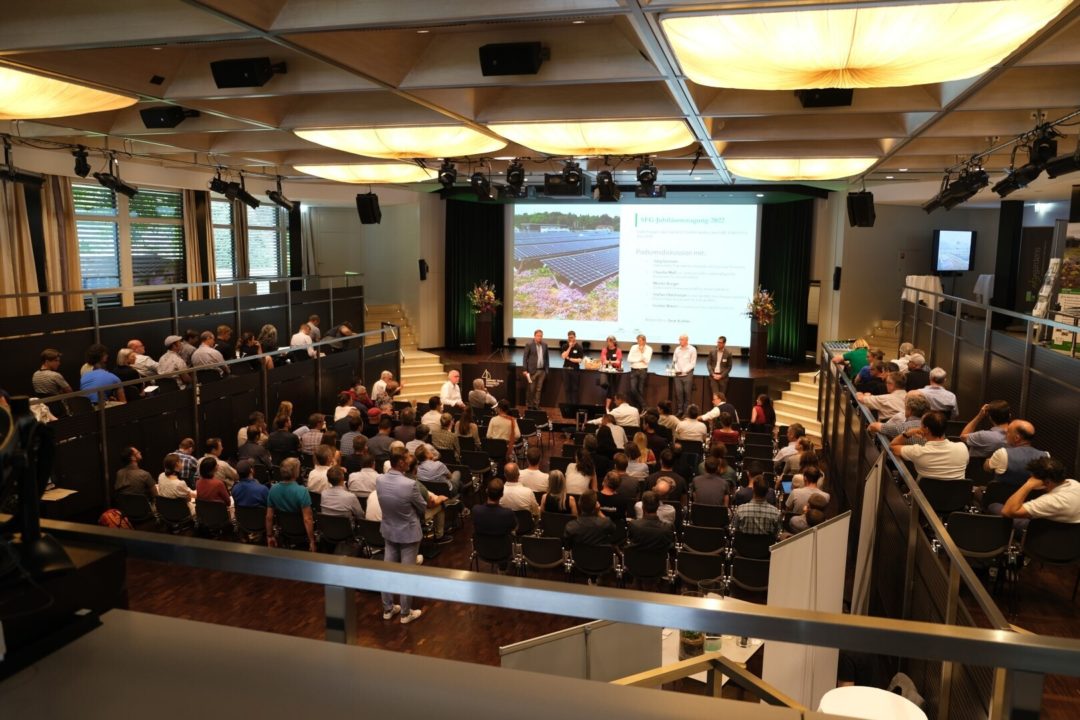 The greening of buildings has a long tradition in Switzerland. With the spread of flat-roof architecture, there has also been a need to green such roofs and to make them more attractive and to produce them in good quality. This led to the founding of the SFG in 1995. Even at that time, one of the main purposes of the association was to provide a qualitative framework for the greening of buildings, and in particular for greened flat roofs. A first milestone was set with the guideline for extensive green roofs, which appeared in 1999. The commitment of the professional association subsequently aimed to establish the concept of quality and the understanding of sustainable green roofs, to sensitise planners and implementers to this and to train them. The SFG participated in the development of the corresponding SIA standard. In addition, it developed and maintained contacts and relationships with professional associations – including Jardin Suisse and Gebäudehülle Schweiz – as well as at the international level. In the course of all these activities, the SFG eventually gained broad recognition. Various presidents and members have served the professional association as board members with great commitment over the years, and the members have supported the association and strengthened it with their trust. Thanks to them, the SFG can celebrate its 25th anniversary.

More green in urban areas
The increased number of annual heat days and heavier rainfall are tangible indications of climatic changes. In Bern, for example, the average annual temperature has risen by 1.7 °C since the 1990s and continues to show an upward trend. The preservation and expansion of green spaces and plantings with their cooling, storage, protection and biodiversity effects can contribute to the mitigation and dampening of weather extremes. Urban greenery counts!

Electricity and green: can they go together?
Speaker National Councillor Jürg Grossen is convinced: “In the context of the national energy transition, solar energy will become the mainstay of Switzerland’s energy supply. “This requires space – on and around buildings – space that is also occupied by the greenery of buildings. In practice, a conflict often arises here: electricity versus greenery. Existing green roofs are “eliminated” and then covered with solar energy. “In contrast, there are proven, efficient solutions that demonstrate a consensus – for example, the energy green roof promoted by SFG, which effectively combines solar electricity production and biodiverse greenery biodiverse greenery: