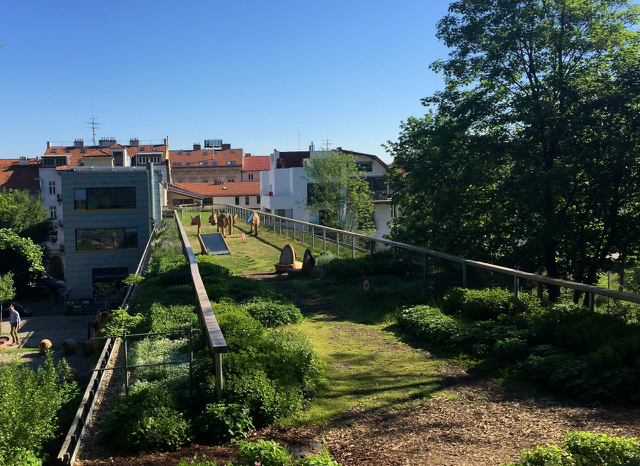 Brno in the Czech Republic has revealed that it has set aside €780,000 in funding for green roofs. The programme, which was announced on 24th April, is the first of its kind in the country. Many cities in the Czech Republic have policies and strategies to encourage the uptake of green roofs (London Green Roof Report 2019). Until now, though, there has been no financial assistance to support their delivery.

Incentives for both old and new buildings

The total budget, which also supports rain water harvesting, is equivalent to €780 000 ( £670 000/$870 000) and applies to both old and new buildings. Applicants can submit applications for the Brno incentives from 1 June to 30 November. ‘We are the first city in the Czech Republic to take this step. The applicant, if successful, will have 18 months to implement a project, ” said Deputy Mayor Petr Hladík. The funding will depend on the type of green roof (extensive / intensive) and financial support will range from €35 to €55 per square metre.

Like many other cities in Central Europe, Brno is increasingly suffering from excessive heat waves in the summer. Green roofs play a crucial role in reducing temperatures in cities. They also help to reduce the need for air-conditioning during hot periods. The new incentives will go a long way towards combating the Urban Heat Island effect in the city.

The funding will cover the cost of expert professional advice. This is particularly important when it comes to the structural issues associated with retrofitting green roofs. “Brno is a historical city with many unused flat roofs both in the centre and the periphery,” said Pavel Dostal, of the Czech Green roof Association. “The potential for retrofitting is big. Some brownfield sites are being renovated by ambitious architects. Green roofs are one of the elements that they are looking at, not only to adapt buildings to climate change but also to restore biodiversity. As retrofitting is a sophisticated process with many considerations, it is crucial that the funding covers the cost of specialist advice.”